COVID-19: How Have Asian Approaches Differed?

Welcome to podcasting in a time of COVID-19. The new coronavirus has run rampant throughout the world and disrupted the global economy, transport and everyday life (including our studio access). But the show must go on - so joining Andrew and Vincent this episode on a four-way Skype chat are Dr. Parag Khanna, managing director of strategic advisory firm FutureMap and the author of The Future is Asian; and Ian Johnson, China correspondent for The New York Times. The topic is, of course, the coronavirus - specifically, as the epicentre has switched to Europe and parts of Asia seem almost ready to begin recovering, how Asian countries have differed in their approach to the virus. What can we learn from the various strategies they deployed, and what do they reveal about the different political systems themselves? And taking out our crystal balls - at this early stage are there any clues about how this epoch-defining pandemic will affect the region’s geopolitical order? 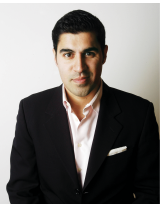 Parag Khanna is Founder and Managing Partner of FutureMap. He is the author of numerous books, including The Future is Asian: Commerce, Conflict & Culture in the 21st Century and a trilogy on the future of world order. He has been an adviser to the US National Intelligence Council’s Global Trends 2030 program. From 2013-2018 he was a Senior Research Fellow in the Centre on Asia and Globalisation at the Lee Kuan Yew School of Public Policy at the National University of Singapore. From 2006-2015, he was a Senior Research Fellow at the New America Foundation. During 2007, he served in Iraq and Afghanistan as a senior geopolitical adviser to United States Special Operations Forces. He holds a Ph.D. in international relations from the London School of Economics, and a B.A. and M.A. from the School of Foreign Service at Georgetown University. 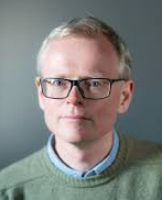 Ian Johnson is a journalist and author working for The New York Times. He is a winner of the National Endowment for the Humanities Public Scholars program for a new book he is writing. He has authored numerous books, including Wild Grass: Three Stories of Change in Modern China and The Souls of China: The Return of Religion After Mao, which was voted one of the best books of the year by The Economist and The Christian Science Monitor. In 2017, he won Stanford University's Shorenstein Journalism Award for his coverage of Asia. He won the 2001 Pulitzer Prize for his coverage of the persecution of Falun Gong practitioners in China. His work in China was also honored in 2001 by the Overseas Press Club and the Society of Professional Journalists. He attended the University of Florida and received his M.A. in Sinology from the Free University of Berlin.

The Souls of China: The Return of Religion After Mao

By Ian Johnson
Writer Ian Johnson lived with three religious communities: the underground Early Rain Protestant congregation in Chengdu, the Ni family's Buddhist pilgrimage association in Beijing, and yinyang Daoist priests in rural Shanxi. Johnson distills these experiences into a cycle of festivals, births, deaths, detentions, and struggle that reveals the hearts and minds of the Chinese people--a great awakening of faith that is shaping the soul of the world's newest superpower.
Buy on Amazon