In December last year, Narendra Modi’s government passed the controversial Citizenship Amendment Act. It’s raised concerns that India’s secular constitution is at risk, and critics say it discriminates against Muslims. Last week, in Delhi, the hitherto peaceful protests against the law erupted into the worst violence the Indian capital has seen in decades. More than 40 people were killed, hundreds were wounded and some remain missing. There’s also mounting evidence that Muslims were targeted in a planned manner. Parliamentary proceedings have been disrupted for three days straight as opposition MPs continue to protest the riots. Madhav Khosla is a constitutional expert from Ashoka and Columbia universities. He joins us to discuss the protests, and the roots of rising Hindu nationalism in India. Drawing on Madhav’s books, we also discuss the wider question of the challenges facing a modern Indian state and its constitution. 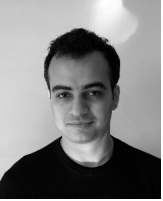 Madhav Khosla is the Ambedkar Visiting Associate Professor at Columbia Law School. He is also an Associate Professor of Political Science at Ashoka University and a Junior Fellow at the Harvard Society of Fellows. He studied political theory at Harvard University, where his dissertation was awarded the Edward M. Chase Prize for "the best dissertation on a subject relating to the promotion of world peace", and law at Yale Law School and the National Law School of India University, Bangalore. He is also the author of The Indian Constitution and coeditor of The Oxford Handbook of the Indian Constitution. His interests range across the fields of public law and political theory, and much of his work is on the theory and practice of constitutionalism under conditions of rapid democratization, weak state capacity, and low levels of socio-economic development. His work has been cited by courts in India and Pakistan.