There’s only been one story in the region over the last few weeks: the coronavirus, or COVID-19, and its spread from Wuhan to the rest of China, then Asia, now the world. There’s still a lot we don’t know about the virus itself, and even analysis of its handling by the Chinese authorities seems premature. Instead, this week we’re looking back into the past to see what, if anything, we can learn from previous epidemics in China. Our guest this episode is Professor Sian Griffiths, who co-chaired Hong Kong’s enquiry into the SARS epidemic in 2003. 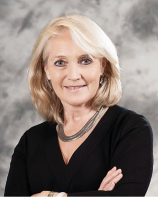 Sian Griffiths is a Professor Emeritus at the Jockey Club School of Public Health and Primary Care at the Chinese University of Hong Kong (CUHK). Trained as a doctor, she practiced as a service based public health physician at local, regional and national level in the U.K. before moving to her academic career as Director of the School of Public Health and Primary Care and Founding Director of Centre for Global Health at CUHK where in 2005 she was invited to develop public health at CUHK following her co-chairing of the HKSAR governments inquiry into the 2003 SARS epidemic whilst President of the U.K. Faculty of Public Health. Now based in the U.K. with her own consultancy, she remains Senior Adviser on International Academic Development to the Vice Chancellor at CUHK. She retains her advisory role with the HKSAR government on the healthcare reform agenda continuing to chair the Task Force on Conceptual Model and Preventive Protocols for Primary Care. In 2012 she was named Professional of the Year in the AMCHAM Women of Influence Awards.