Episode 40 | North Korea: The View from the South

North Korea: The View from the South

We turn again to the Korean peninsula in this week’s episode, another collaboration with CSDS.

Seoul’s approach to the DPRK is set to come more sharply into focus in the coming months, with candidates gearing up for next spring’s presidential elections, where a successor to Moon Jae-in will be chosen.

So what shapes South Korean attitudes towards North Korea? How united has the country been behind Moon’s approach over the last few years? And what might change as the country enters a period of new leadership?

Joining us we have Dr Jina Kim, a research fellow at the Korea Institute for Defense Analyses, who specializes in North Asian security issues and has also advised the South Korean government.

Our other guest is Ramon Pacheco Pardo, the Korea Chair at the Centre for Security, Diplomacy and Strategy at the Brussels School of Governance.

CSDS the centre is home to a rich expertise on Asia, and is working to enhance understanding of Asia’s security matters in Europe and promote greater engagement between the two regions. 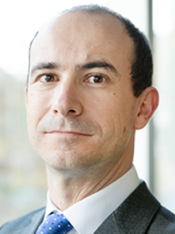 Ramon Pacheco Pardo is Reader (Associate Professor) in International Relations at King's College London and the KF-VUB Korea Chair at the Institute for European Studies of Vrije Universiteit Brussel. He is also King's Regional Envoy for East and South East Asia, helping to shape and implement the university's strategy for the region. He is also Committee Member at CSCAP EU. He has held visiting positions at Korea University, the Lee Kuan Yew School of Public Policy and Melbourne University. He has been editor of Millennium: Journal of International Studies and currently sits in the editorial boards of East Asia: An International Quarterly, EU-China Observer and Global Studies Journal. His publications include the book North Korea-US Relations from Kim Jong Il to Kim Jong Un, published in 2019. He has participated in track 1.5 and 2 dialogues with South Korea, North Korea, China and Japan. He holds a PhD in International Relations from the London School of Economics and Political Science. He also appeared on Episode 35. 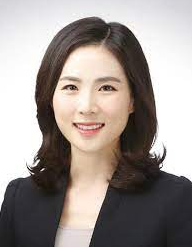 Jina Kim is a Research Fellow at the Korea Institute for Defense Analyses, specializing in US-North Korea relations, nuclear nonproliferation, and Northeast Asian security. She holds a PhD in International Relations from the Fletcher School of Law and Diplomacy at Tufts University and teaches “Introduction to International Relations” and “Humanitarian Intervention: Theory and Practice” at Yonsei Graduate School of International Studies. She is a member of the Advisory Committee for the Ministry of National Unification and a member of the National Policy Review Board for the Prime Minister’s Office. She is also serving on the Blue House’s Public Information Committee. She authored The North Korean Nuclear Weapons Crisis (Palgrave McMillan, 2014) and co-authored North Korea and Asia’s Evolving Nuclear Landscape (NBR, 2017), Maritime Security and Governance (Chug Hsing National University, 2014), The North Korea Crisis and Regional Responses (East-West Center, 2014), and The North Korean Military Secret Report (Planet Media, 2013).