The U.S. - China trade war is going through another bout of excitement as the two sides reach an interim deal. But, why are the world’s two biggest economies at loggerheads, and is this a battle that’s set to run and run? This episode, Andrew and Vincent are delving into the ups and downs of this dramatic trade war. They are joined by Lingling Wei, who has consistently been ahead of the game in her reporting on the trade war for The Wall Street Journal in Beijing, and Trinh Nguyen, a Senior Economist, Emerging Asia at Natixis in Hong Kong. 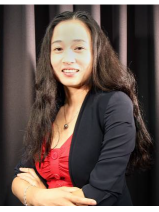 Lingling Wei is the Chief China Economics Correspondent for The Wall Street Journal. Based in Beijing, she leads a team of reporters who cover all aspects of China's economy and its macroeconomic policies. She is co-author of the book Superpower Showdown. She was a finalist by the Society of Publishers in Asia for its 2017 Journalist of the Year award and was cited by the Overseas Press Club in New York in 2016 for best international business reporting. Before relocating to Beijing in 2011, she was a New York-based real estate reporter for the Journal. From 2001 to 2007, Lingling worked at Dow Jones Newswires and covered a variety of beats from bankruptcy, accounting to Wall Street brokerages. She has a M.A. in business journalism from New York University. She also appeared on Episode 18. 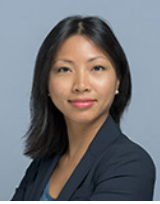 Trinh Nguyen is Senior Economist covering Emerging Asia at NATIXIS based in Hong Kong. Trinh joined Natixis in October 2015 - she previously worked at HSBC as an ASEAN economist from August 2011 to October 2015. She is also a nonresident scholar in the Asia Program at the Carnegie Endowment for International Peace. She was awarded best economist on Vietnam by Asia Money and was a top-ranked regional economist by Asia Money. Prior to HSBC, she was a consultant at the World Bank conducting research on foreign direct investment and indicators for country-specific labor market trends and patterns. She holds a M.A. in International Affairs and International Economics with a specialization on Southeast Asia from Johns Hopkins University.