What China’s Ambitions Tell Us about Tech in Asia

A bumper episode for a hugely important topic - the tech industry in Asia. Yale’s Jing Tsu joins Andrew to discuss the history behind China’s drive to become a global technological power. Later, Julian Gewirtz of Harvard and Newley Purnell of the Wall Street Journal take a broader look at the tech scene across the region (specially featuring the horns of Delhi’s Ola drivers in the background). 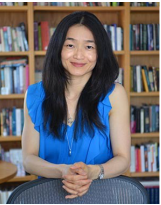 Jing Tsu is the John M. Schiff Professor of East Asian Languages and Literatures & Comparative Literature Chair at Yale University. A 2016 Guggenheim fellow, she specializes in modern Chinese literature & culture and Sinophone studies, from the 19th century to the present. Her research spans literature, linguistics, science and technology, typewriting and digitalization, diaspora studies, migration, nationalism, and theories of globalization. Tsu has been a Fellow at the Radcliffe Institute for Advanced Study (Harvard), the Center for Advanced Study in the Behavioral Sciences (Stanford), and the Institute for Advanced Studies (Princeton). She received her B.A. in comparative literature and M.A. in rhetoric at UC Berkeley and her Ph.D. in Chinese studies at Harvard. 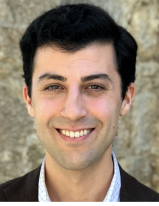 Julian Gewirtz is Academy Scholar at Harvard's Weatherhead Center for International Affairs. He is the author of Unlikely Partners: Chinese Reformers, Western Economists, and the Making of Global China. He completed his D.Phil. in history in 2018 at the University of Oxford, where he was a Rhodes Scholar, and was a Lecturer on History at Harvard in 2019. From 2015 to 2016, he was on leave from Oxford and served in the Obama Administration, most recently as special advisor for international affairs to the Deputy Secretary of Energy. He has been a Fellow in History and Public Policy at the Harvard Kennedy School and a Research Fellow at Alphabet. In 2019, he co-edited an issue of the magazine Logic on China and technology. Prior to receiving his D.Phil. from the University of Oxford, he received his A.B. at Harvard College. 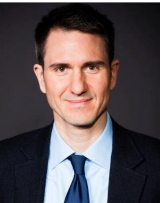 Newley Purnell is a reporter for The Wall Street Journal based in Hong Kong, where he covers technology. He was earlier based in New Delhi, and before that, Singapore. Before joining in 2014, he was a Bangkok-based freelance journalist, contributing to The Journal, Quartz, NewYorker.com, The New York Times, and more. He received a B.A. in English from Emory University and a M.A. in business and economics journalism from Columbia University, where he was a Gray International Reporting Fellow.