US - India Relations: Why Modi Will Be Key to Biden’s Asia Plans

The US and India are the world’s two biggest democracies - and the relationship between them is one of the world’s most important bilateral partnerships. In political, economic and security terms, the two countries have grown closer and closer over the past two decades, with the Trump administration hailing a period of “remarkable growth” in 2020.

Of course, it’s no coincidence that this convergence has happened as a third power - China - continues to increase its reach and influence in the wider region - a rise both the US and India would prefer to see contained.

So with President-elect Biden set to take charge imminently, what does the future hold for the US-India alliance? How will his relationship with Narendra Modi shape the wider Asian region in the decades to come?

To discuss all this, our inaugural episode of 2021 draws on the insights of two remarkable guests. Nirupama Rao, a former Indian foreign secretary who has also served as Indian ambassador to both the US and China, has had a ringside seat to all these developments.

She joins Raja Mohan, widely acknowledged as one of the most perceptive commentators around on Indian strategic affairs; he is a contributing editor for The Indian Express, and Director of the Institute of South Asian Studies in Singapore.

Also joining us from Singapore is our guest host, journalist and writer James Crabtree, himself an India specialist, and an associate professor at the Lee Kuan Yew School of Public Policy. 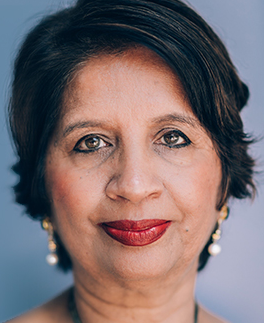 Nirupama Menon Rao is a retired Indian diplomat, Foreign Secretary and Ambassador. She joined the Indian Foreign Service in 1973. During her four-decade-long diplomatic career she held several important assignments. She was India’s first woman spokesperson in the Ministry of External Affairs, New Delhi, the first woman high commissioner from her country to Sri Lanka, and the first Indian woman ambassador to the People’s Republic of China. She served as India’s Foreign Secretary from 2009-2011. At the end of that term, she was appointed India’s Ambassador to the United States where she served for a term of two years from 2011-2013. On her retirement from active diplomatic service, Ambassador Rao entered the world of academics with an appointment as Meera and Vikram Gandhi Fellow at the India Initiative at Brown University. 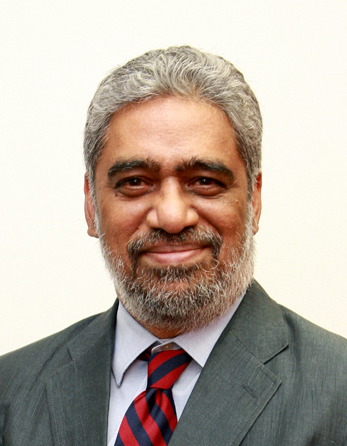 C. Raja Mohan is the founding director of the India Centre of the Carnegie Endowment for International Peace. A leading analyst of India’s foreign policy, Mohan is also an expert on South Asian security, great-power relations in Asia, and arms control. He is the foreign affairs columnist for the Indian Express, and a visiting research professor at the Institute of South Asian Studies, National University of Singapore. From 2009 to 2010, Mohan was the Henry A. Kissinger Chair in Foreign Policy and International Relations at the Library of Congress. Previously, he was a professor of South Asian studies at the Jawaharlal Nehru University in New Delhi and the Rajaratnam School of International Studies in Singapore. He also served as the diplomatic editor and Washington correspondent of The Hindu. Mohan’s most recent books are Modi’s World: Expanding India’s Sphere of Influence and India’s Naval Strategy and Asian Security, coedited with Anit Mukherjee. 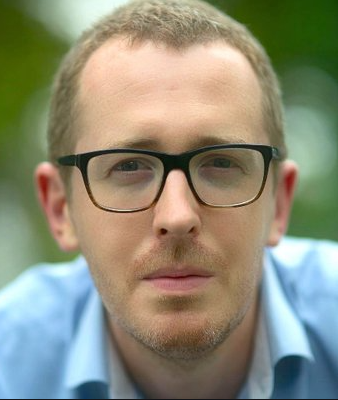 James Crabtree is a Singapore-based author and journalist, and an Associate Professor of Practice at the Lee Kuan Yew School of Public Policy. His best-selling book, The Billionaire Raj: A Journey Through India’s New Gilded Age, was released in mid-2018. It was short-listed for the FT / McKinsey book of the year. Prior to academia, James worked for the Financial Times, most recently leading coverage of Indian business as Mumbai bureau chief, between 2011 and 2016. He is now a columnist for Nikkei Asian Review, and also a non-resident fellow at the Asia-Pacific programme at Chatham House. Before joining the FT, James was a senior editor at Prospect, Britain’s leading monthly magazine of politics and ideas. Prior to journalism, James was a senior policy advisor in the UK Prime Minister’s Strategy Unit under Prime Ministers Tony Blair and Gordon Brown. He has worked for various think tanks in London and Washington DC, and spent a number of years living in America, initially as a Fulbright Scholar at Harvard’s Kennedy School of Government.

The Billionaire Raj: A Journey Through India’s New Gilded Age

By James Crabtree
The Billionaire Raj takes readers on a personal journey to meet these reclusive billionaires, fugitive tycoons, and shadowy political power brokers. From the sky terrace of the world’s most expensive home to impoverished villages and mass political rallies, Crabtree dramatizes the battle between crony capitalists and economic reformers, revealing a tense struggle between equality and privilege playing out against a combustible backdrop of aspiration, class, and caste.
Buy on Amazon