Coronavirus and Racism: Asian-Americans in the Crossfire

The world is still very much in the grip of the coronavirus pandemic - but the blame game has already begun. China, where the virus was first reported last December, has been singled out by many countries as the culprit - or scapegoat, depending on your viewpoint. One major consequence of the scramble to apportion guilt has been a surge in anti-Asian sentiment, especially in the U.S. But how new is this phenomenon there? What are its roots, and how has it changed into what we see today? To discuss this, we’re joined by Christine Yano, Professor of Anthropology at the University of Hawaii at Manoa, and President of the Association for Asian Studies (AAS). And we also speak to Jennifer Pan, a political scientist at Stanford University, about her study on how anti-Chinese discrimination seems to boost support for the Chinese political system amongst Chinese students in the U.S. 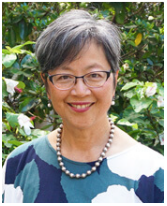 Christine Yano is professor of anthropology at the University of Hawai'i. She is an author at the Association for Asian Studies and has written numerous books, including Pink Globalization: Hello Kitty and its Trek Across the Pacific and Airborne Dreams: "Nisei" Stewardesses and Pan American World Airways. She has served on the Board of Directors of the Japanese Cultural Center of Hawai'i and curated exhibitions at their museum. She has also hosted a community radio show called "Thinking Out Loud: Talking Issues, Taking Action" and curated another for the Japanese American National Museum. She received her B.A. in communication from Stanford University, her M.A. in ethnomusicology and anthropology and her Ph.D. in anthropology from the University of Hawai'i. 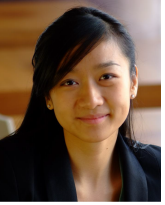 Jennifer Pan is an Assistant Professor of Communication at Stanford University. Her research focuses on political communication and authoritarian politics. She uses experimental and computational methods with large-scale datasets on political activity in China and other authoritarian regimes to answer questions about how autocrats perpetuate their rule. Her book, Welfare for Autocrats: How Social Assistance in China Cares for its Rulers shows how China's pursuit of political order transformed the country’s main social assistance program, Dibao, for repressive purposes. Her work has appeared in publications such as the American Political Science Review, American Journal of Political Science, Comparative Political Studies, Journal of Politics, and Science. She graduated from Princeton University and received her Ph.D. from Harvard University’s Department of Government.