Do Middle Powers Have a China Dilemma?

We often talk about geopolitics in terms of superpower competition - at the moment, particularly between the U.S. and China. But where does this leave mid-sized countries like the U.K.? How should they respond to China’s already large and ever-growing influence over global affairs - do they need to pick sides, or is a more delicate balancing act required? Issues like Huawei and Hong Kong lend these questions a particular prominence in the U.K. at the moment, so this week we’ve invited two former British diplomats to debate them. Kerry Brown is a Professor of Chinese Studies at King’s College London and an Associate Fellow at Chatham House; and Matthew Henderson is Director of the Asia Studies Centre at the Henry Jackson Society. What does the U.K.’s experience of dealing with China teach us about an emerging new world order? And most pressingly for the U.K. and countries like it - what leverage, if any, do middle powers have in it? 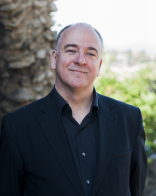 Kerry Brown is a Professor of Chinese Studies and Director of the Lau China Institute at King's College. From 2012 to 2015, he was Professor of Chinese Politics and Director of the China Studies Centre at the University of Sydney. From 2006 to 2012, he worked at Chatham House as Senior Fellow and then Head of the Asia Programme. From 2011 to 2014, he directed the Europe China Research and Advice Network, giving policy advice to the European External Action Service. From 1998 to 2005, he worked at the British Foreign and Commonwealth Office, as First Secretary at the British Embassy in Beijing, and then as Head of the Indonesia, Philippine and East Timor Section. He has a M.A. from Cambridge University, a Pg.D. in Mandarin Chinese from Thames Valley University, London, and a Ph.D. in Chinese politics and language from Leeds University. 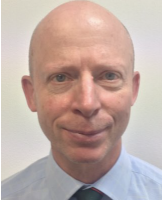 Matthew Henderson is the Director of the Asia Studies Centre at the Henry Jackson Society. He joined the Foreign and Commonwealth Office in 1986, working mostly in the Diplomatic Service in East Asia. In Hong Kong, he was attached to the Sino-British Joint Liaison Group whose task was to work with China to prepare for the transfer of government in 1997. In Beijing, during the 1990s, he focused on China’s increasingly active engagement in international relations. In London, he participated in the establishment of full diplomatic relations between Britain and North Korea. He worked in Bulgaria when it joined the European Union, helping develop effective bilateral and partnership cooperations with Bulgarian ministers and senior officials. He studied Chinese studies at Cambridge, Beijing, and Oxford Universities.