Welcome to another episode of Asia Matters, lockdown style. This week, Vincent and Andrew are joined by Courtney Fung of the University of Hong Kong and Rush Doshi of the Brookings China Strategy Initiative in Washington, to discuss whether the pandemic really represents a moment for China to subvert the global order. Is this conversation more about Beijing’s readiness to usurp Washington’s leading role or the U.S.’s inability to get its act together in this particular event? And are we too obsessed with the U.S. vs. China paradigm when speaking about this issue? 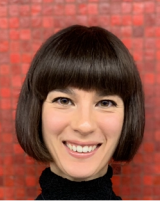 Courtney Fung is an assistant professor of international relations in the Department of Politics and Public Administration at the University of Hong Kong. She is concurrently an associate-in-research at the Fairbank Center for Chinese Studies at Harvard University and an associate fellow in the Asia-Pacific Programme at Chatham House. She was a 2016 - 2017 research fellow with the East Asia Institute in their Program on Peace, Governance, and Development in East Asia, and an honorary research fellow at the Department of Government and International Relations at the University of Sydney. She earned her B.Sc. in international relations from the London School of Economics, her M.A. in security policy studies from the George Washington University, and her Ph.D. in international relations from the Fletcher School of Law and Diplomacy at Tufts University. 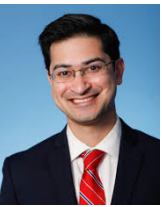 Rush Doshi is the director of the Brookings China Strategy Initiative and a fellow in Brookings Foreign Policy. He is also a fellow at Yale Paul Tsai China Center. He is currently special advisor to the CEO of the Asia Group and an adjunct senior fellow at the Center for a New American Security. Previously, Doshi was a member of the Asia Policy Working Group for Hillary Clinton’s 2016 presidential campaign, an analyst at the Long Term Strategy Group and Rock Creek Global Advisors, an Arthur Liman Fellow at the Department of State, and a Fulbright Fellow in China. His research has appeared in The Wall Street Journal, Foreign Affairs, and The Washington Post, among other publications. He received his Ph.D. from Harvard University and his B.A. from the Princeton School of Public and International Affairs (formerly the Woodrow Wilson School).