One of the biggest - and most persistent - stories in the Asia region over the last few years has been North Korea. It may have been pushed out of the headlines recently by the coronavirus pandemic, but as recent missile tests have demonstrated, it’s not an issue that’s going away any time soon. In this episode, Andrew is joined by Chun In-Bum, a renowned expert on Korean relations who’s a veteran Lieutenant General in the South Korean army, and who briefly served as a security adviser to President Moon Jae-In. To discuss China’s role and interests, Tong Zhao, a senior fellow at the Carnegie-Tsinghua Center for Global Policy, joins us from Beijing as well. NB: This episode was recorded shortly before the coronavirus crisis took hold. 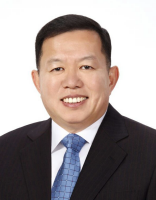 Chun In-Bum is a retired Lieutenant General with the Republic of Korea (ROK) Army. He became the youngest officer in the ROK Army history to be an aide to a three-star general with a rank of lieutenant. He was awarded the Hwa-Rang Combat medal and the U.S. Bronze Star for his service in Iraq in 2005. He retired from active duty in July of 2016. He became a visiting fellow in Brookings Institution's Center for East Asia Policy Studies, a senior advisor to the Korea Corporate Members of the Association of the United States Army and a fellow at the U.S. - Korea Institute of the School of Advanced International Studies at Johns Hopkins University. He received his B.A. in military history from the Korea Military Academy, his M.A. in policy studies from Seoul National University, and his D.Phil. in political science from Kyung-Nam University. 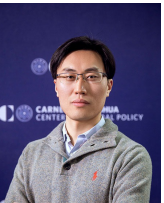 Tong Zhao is a senior fellow in the Nuclear Policy Program at the Carnegie Endowment for International Peace, based at the Carnegie–Tsinghua Center for Global Policy in Beijing. He is on the Board of Directors of the Asia-Pacific Leadership Network for Nuclear Non-Proliferation and Disarmament, an Associate Editor of the journal Science & Global Security, and a member of the International Panel on Fissile Materials. He was previously a Stanton Nuclear Security Fellow with the Managing the Atom Project and the International Security Program at the Belfer Center for Science and International Affairs at Harvard University. He holds a Ph.D. in science, technology, and international affairs from Georgia Institute of Technology, and received a B.S. in physics and an M.A. in international relations from Tsinghua University.