Asia Matters is a podcast that features experts from around the globe to help explain what’s really going on in the region’s politics, business and culture today. 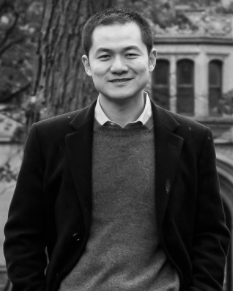 Vincent Ni is the co-founder of Asia Matters podcast. Over the past decade, he has reported from Asia, the Middle East, Europe, and North America. He regularly appears on the BBC's domestic and international TV, radio and digital platforms as an analyst. He has also worked on Newsnight and Newshour, two of the BBC’s flagship current affairs programs, and filed for From Our Own Correspondent on BBC Radio 4. He has lectured at Yale, London School of Economics, as well as Yale-NUS in Singapore.

Andrew Peaple has long experience of living and working in Asia. His 16 years as a reporter, editor and columnist with The Wall Street Journal included stints in Beijing from 2007 to 2010 and in Hong Kong from 2015 to 2019. For much of that time he wrote and edited the paper’s Heard on the Street column. He has appeared regularly on radio and TV, contributing to BBC Radio, CNBC and Sky News. Before joining the Journal he worked in Tokyo from 1999 to 2003; he also spent a year teaching English in Osaka from 1995-6. Andrew co-founded Asia Matters in autumn 2019.